Mr Buhari who was speaking in Abuja said, it is absolutely necessary to blame his predecessors
for tha nation’s woes in order to “remind people who take things for
granted”, Daily Trust reported.

The president was speaking at the Old Banquet Hall of the Aso Rock
Presidential Villa in Abuja Thursday during an event tagged “The
Conversation: An Evening with Creative Youths” and E-Danels was there to perform. We have the pix below. The theme of the
programme was “Creative Youths as Drivers of the Change Agenda”.

Buhar said…”My dear countrymen, especially the youth, you have a fantastic country.
God has endowed Nigeria with human and material resources. I’m going to
bore you with what we met. I know that I’m being accused in the papers
of passing the buck, but passing the buck is sometimes absolutely
necessary to remind people who take things for granted.

“When we came in, I screamed to high heavens because I had promised a
lot while seeking votes. I said where is the saving? There was no
saving. There was no infrastructure, power, rails, roads, there was
none. What did we spend the money on? I was told buying food and petrol.

“Where were the billions going? We conducted a study and found out that
the oil marketers were committing fraud on at least one third ‎of what
they were importing, which is about 25 per cent of our foreign
exchange,” the president stated.

The president said with the condition the country found itself, the youth must “watch over” the elite.

According to President Buhari, “It is unpatriotic for anybody to pretend that economically we have no problem.”

“I have bored you with this long explanation because there are things
that could be hidden from you those that have mismanaged the country
in the last 16, 17 years. I assure you that we will set the ball rolling
in terms of security, industrialisation, manufacturing and food
security.

Now E-Daniels who was on I AM BEST TV and he discussed how limitless he is, was there with Mr president and it was a beautiful day for every one. Here is the special invitation he received.

His Manager OTJ was there and these are some of  pix and his comments on his facebook after the event…..
“But who buhari been dey wave for my back? 😀 #ThePresidency #TheConversation #CreativeYouths #Youth #TakeOverGeneration #Limitless — at Aso Rock Presidential Villa.“

How
it went down @ the Conversation, an interactive session with His
Excellency President Buhari on how to build on the Creative abilities of
the Nigerian youth which cuts across Music, Art, Photography, Fashion,
Creative writings and all. — at Aso Rock Presidential Villa. 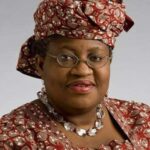