You can recall that we reported the arrest of former president Goodluck Jonathan”s Spokesperson recently EFCC.READ ABOUT HIS ARREST
Our reported has gathered that EFCC has granted bail to him (former Spokesperson to former President
Jonathan, Reuben Abati).
EFCC granted him bail on
October 27th. He was arrested and taken away on Monday October 24th and has been in
EFCC custody where he was interrogated for allegedly receiving some
money from former National Security Adviser, Sambo Dasuki who is
currently being tried for misappropriation of $2.1 billion arms
procurement fund. His bail conditions are, he will drop his Passport and
produce a surety of not below Level 16 in the Civil Service.

About FIFA U20, See those called to camp 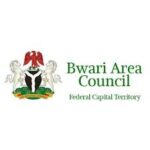