The senate today asked acting president, Yemi Osinbajo, to withdraw a statement he made sometime in April that based on Section 171 of the Constitution, the executive doesn’t require legislative approval for the confirmation of some political appointments.
Shortly after the senate rejected the nomination of acting EFCC chairman, Ibrahim Magu, for the second time, Vice President, Yemi Osinbajo, granted an interview to some journalists in Abuja where he made a statement against the Senate

“I’m fully in support of Magu as the EFCC chairman just as the president is. It is up to the senate to make their judgement, and it is up to us say what we want to do. If our candidate is rejected, we can rep-resent him. No law says we can’t rep-resent him. And again, there is the other argument, whether or not we need to present him for confirmation and that’s a compelling argument from Femi Falana. His argument is that under the constitution, section 171, and if you look at that section, it talks about the appointments that the president can make. They include appointments of ministers, ambassadors and heads of agencies such as the EFCC. In that same section 171, the constitution rightly said that certain appointments must go to the senate such as ministerial and ambassadorial appointments. Those of heads of agencies like the EFCC do not have to go to the senate. That’s what the constitution says. But the EFCC act, which of course as you know is inferior, says that EFCC chairman should go to the senate for confirmation. I am sure that even a pocket book lawyer knows that when a legislation conflicts with constitution, it’s the constitution that prevails”he said in the interview

During plenary today, a letter from his office seeking the confirmation of Lanra Gbajabiamila as Chairman of the National Lottery Commission, was read Senate President, Bukola Saraki, at the plenary. The senators rejected the request, arguing that Osinbajo who had earlier said they have no powers to confirm some appointees, cannot be forwarding names for confirmation to them. They asked him to withdraw his statement just as they suspended all issues relating to confirmation from the Executive until such matters of confirmation as contained in the constitution were strictly adhered to.
Source : L.Ikeji 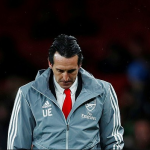 “The grass is always greener on social media” says Basketmouth