Just yesterday Wednesday 22nd of Feb., the  Ekiti State Governor and Chairman of the Peoples Democratic Party (PDP), Mr Ayodele Fayose in a statement commended President Muhammadu Buhari for heeding to public outcry on the appointment of Justice Walter Onnoghen as the Chief Justice of Nigeria (CJN), saying; Read the statement below…

Opposition is one of the major ingredients of democracy and any attempt to kill opposition will spell doom democracy in the country. The judiciary must therefore resist the APC sinister plot to deny Nigerians their fundamental rights to freedom of association and expression. Justice Onnoghen should strive to uphold a judiciary that will be seen all Nigerians as their last hope in practice and indeedTherefore, I insist that the CJN should wade into Justice Abang’s fraudulent judgments with a view to showing him the way out of the bench so that our judiciary can redeem its image.” 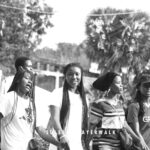