FacebookTwitterEmailWhatsApp
Emmanuel Adebayor is on the verge of signing for Lyon, according to the Ligue 1 club’s manager Bruno Genesio.

The forward, who is a free agent after his contract expired with Crystal Palace, but a move failed to materialise.
The
former Arsenal, Manchester City and Tottenham forward is now subject to
interest from Lyon, who are seeking an offensive replacement for the
injured Alexandre Lacazette and Lyon manager Genesio has revealed
Adebayor is in the French city to finalise a deal.
“He has arrived in Lyon and I’ll meet him after this press conference,” he said.
“I
have many things to ask him, including about his last experience
with Crystal Palace. I want to know about his form and his motivations
for wanting to join us. I also need to know more about his physical
level.
“It will not be an interview but a conversation to get a real idea of the player and the man. It’s very important to me.”
Genesio admitted despite having an injury-stricken forward line, he would only sign players that fit in with the current squad.
“The transfer window is over and there are players who are free agents for different reasons,” he added.

We can always review our choices in a negative way but the final decision will be taken for the good of the team.
“When
signing a player there is always an element of doubt. We cannot be
certain if the player will adapt, even more so in an emergency. It is up
to us to remove these doubts.
“After we have spoken to him we will see if he can take his medical.” 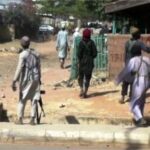