Reports reaching us that Lawyer and human rights activist, Festus Keyamo, has reacted to the Lagos state police command’s ban on the February 6th protest in Lagos which is supported singer, 2face Idibia.
Commissioner for Police, Fatai Owoseni, had placed a ban on the planned protest, stating that intelligence gathering have suggested that some thugs plan to hijack the protest.

Linda Ikeji reported that Keyamo explained that it is the right of aggrieved citizens to hold protests and that the police cannot ban such claiming violence because one cannot know if a protest will be violent until it’s being carried out.


He said a permit from the police for the protest does not in anyway guarantee a protest to be peaceful.

“The police cannot ban protest. They can only ban violent activities but they cannot ban protest and you cannot know whether a protest would be violent unless violence begins. When the violence begins they can now disperse them with minimum force; tear gas, in Europe they use hot water and few things like that. You only use what they call minimum force to disperse them when it breaks out, but you cannot predict whether a protest will break down. A protest permit does not guarantee that a protest will not break down. Even when the police are guarding and when the police are there present, it can break down. So generally speaking, every Nigerian has the right to protest.”

Asked whether he is in support of the protest, Keyamo said

Gdia to release her new single this Friday 25th November 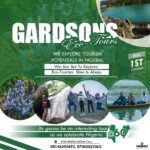 Sponsored: Gardsons Ecotours on another adventurous trip – A must attend event

Read the reaction of the presidency about the 2face proposed protest