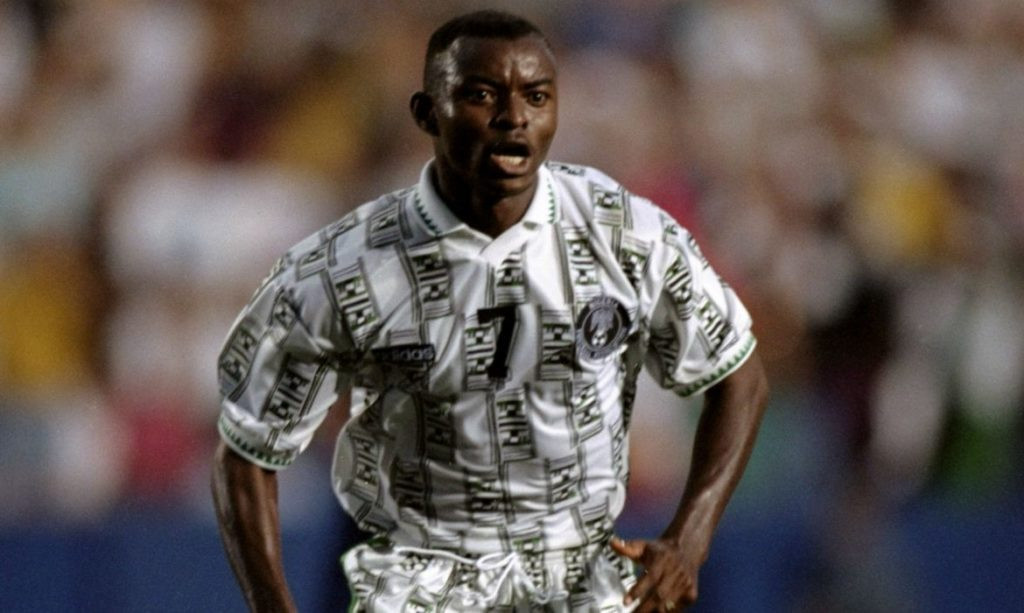 Former Super Eagles winger and Ajax legend, Finidi George has been rated the third-best player at the 1994 World Cup hosted the United States data companies, Sofascore and Opta.
Recall that Finidi, who is the current assistant Super Eagles coach played a major role as Nigeria took the world storm in what was the country’s first-ever appearance at the biggest football showpiece in the world.

Nigeria arrived in America as the reigning African champions and stunned many to top the group which had Argentina, Bulgaria, and Greece.

The three-time African champions opened their campaign with a win against Bulgaria with late Rashidi Yekini scoring the country’s first-ever goal at the World Cup courtesy of a fine assist from Finidi.

In a stat released the renowned data companies, Finidi’s exploits earned him a rating of 7.88 – the third-best at the tournament.

No campaigning till 18th November: INEC tells Buhari, Atiku and others

Chinese Drugs Containing Human Foetuses, Hepatitis B could be in circulation