Former Ajax, Juventus, Barca and PSG star, Zlatan Ibrahimovic is yet to sign a new contract extension with Manchester United, and coach Jose Mourinho, fresh from winning the English Football League Cup on Sunday night, has urged Man U fans to go to his house and sleep there all night if that’s what it’ll take to make him sign new deal with the club.

Zlatan, 36, has been in astronomical and sensational for Man U this season, scoring 26 goals for United in his maiden season for the club, with his two goals in Sunday Night’s final enough to give Mourinho’s men EFL cup success.
Ibrahimovic signed a one year deal with Man U, and has an option to extend for a further year, but is stalling on contract negotiations, and Mourinho has urged the fans to do the needful.

‘I never bank for a player to sign a contract,’ Mourinho said to journalists.

‘We all want and all believe that he is going to stay with us one more season.

When he decides to take the challenge to come to a country like this and to a club like Manchester United, he takes that decision because he feels ready.

‘The most important feeling is his feeling. I don’t bring him here if he doesn’t want to come, if he’s not ready. It’s his character mine. Everything is from him, nothing from me.’

Ibrahimovic, who won his 32nd trophy, with the EFL Cup success said;

‘I came to win and I am winning. I just have to keep going, but the more I win the more satisfied I get.

‘You appreciate it more the older you get. In the beginning it is more like fun, you don’t realise what a trophy means.

‘The older I get, the more mature I get, the more I am surrounded a winning mentality. It is all about winning those trophies. This is what I am doing. Wherever I have gone I have won.

‘This is what I predicted. Everything I thought would happen has. I think the other ones didn’t see it. When I came here to show them what I saw apparently to many I could not do it. 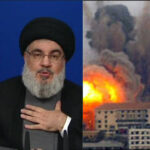