Ita true that CEO/co-founder of WhatsApp, Jan Koum is leaving the company over disagreements about privacy and encryption.

Jan Koum will also step down from Facebook’s board of directors, a role he negotiated when WhatsApp was acquired Facebook for $19bn in 2014, according to the Washington Post.Koum and his co-founder Brian Acton developed WhatsApp with a focus on user privacy and a disdain for advertising. When it was bought Facebook, he promised users that these values wouldn’t be compromised.“You can still count on absolutely no ads interrupting your communication. There would have been no partnership between our two companies if we had to compromise on the core principles that will always define our company, our vision and our product,” he said at the time. 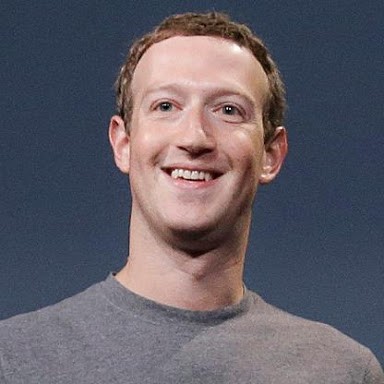 However, Facebook has been under pressure to make money out of WhatsApp, which now has 1.5 billion monthly users. Facebook has been taking steps that have chipped away at some of WhatsApp’s values. And Koum has a problem with this.Koum announced his departure from the company via his Facebook account, writing: “It’s been almost a decade since Brian [Acton] and I started WhatsApp, and it’s been an amazing journey with some of the best people. But it is time for me to move on.“I’m taking some time off to do things I enjoy outside of technology, such as collecting rare air-cooled Porsches, working on my cars and playing ultimate frisbee. And I’ll still be cheering WhatsApp on – just from the outside.”In 2016, After Facebook acquired the messaging app, WhatsApp announced it would start sharing some user data, including phone numbers, with Facebook – a move that goes against WhatsApp’s values and was deeply unpopular among European regulators, who ordered Facebook to stop collecting data from WhatsApp users and fined the company.Since then WhatsApp has started building and testing free tools to help businesses use WhatsApp to reach their customers, with the view to later start charging businesses – another move that goes against WhatsApp’s disdain for advertising.According to the Washington Post, which spoke to “people familiar with internal discussions” over Koum’s departure, there were tensions with Facebook over WhatsApp’s end-to-end encryption, which ensures that messages can’t be intercepted and read anyone outside of the conversation, including WhatsApp or Facebook. WhatsApp executives believed that Facebook’s desire to make it easier for businesses to use its tools would require weakening some of the encryption.After Koum announced his resignation, the first comment was from Facebook’s CEO Mark Zuckerberg.It reads: “I’m grateful for everything you’ve done to help connect the world, and for everything you’ve taught me, including about encryption and its ability to take power from centralised systems and put it back in people’s hands. Those values will always be at the heart of WhatsApp.”A spokeswoman for WhatsApp declined to comment but pointed to Koum and Zuckerberg’s posts on Facebook.
Tagged: News

Photo of The Week: Who is this on this photo