Four-time
African footballer of the year Yaya Toure of the Ivory Coast has
announced his retirement from international football on Tuesday.
The
33-year-old Manchester City midfielder — capped 113 times including
appearances at three World Cup finals — said it had been an incredibly
difficult decision.
“Writing this note was probably ‘the most difficult match of my life’,” wrote Toure, who faces a pretty light season as he is out of favour at Manchester City.
“After
14 years at the highest level, I’m sure this is the right time for me!
The fact that I am 33 now, the intensity of training and the multitude
of games are not the reasons why I am making this decision.”
Toure,
part of the golden generation of Ivory Coast players such as Didier
Drogba, his brother Kolo Toure and Gervinho, said for all his success at
club level, including a Champions League with Barcelona in 2009, it
was finally winning the Africa Cup of Nations in 2015 — their first
since 1992 — that remained his most precious memory.
Toure,
who made his Ivory Coast debut in 2004, captained the victorious
‘Elephants’ side having replaced Drogba as skipper when the latter
finally called it a day at international level after the 2014 World Cup.

“I
would like to say solemnly that I am stopping!!!” said Toure, who had
appeared in two losing Africa Cup of Nations finals sides.
“It’s true that I had several titles at clubs, national cups, league trophies.
“I
played in Belgium, Ukraine, Greece, France and in Spain where I was able
to win the prestigious Champions League with Barca in 2009 and also in
England, where I continue to play.
“With
the Elephants, it was even more special. I learned to win for my
country. That’s why I will always retain the pride in having achieved
four African Golden Balls for the Ivory Coast.”
His
international career, though, has been marked personal tragedy too
with his mother dying on the cusp of an important junior final in 2003
and then it struck again at the 2014 World Cup ahead of a crucial group
game with Colombia.
“I was told of the death of my younger brother, Ibrahim (aged 28 of cancer),” he said
“Once
again on the eve of an important match. This time it was against
Colombia in the second game of the group stages and we had to win. I
still have the bruised heart. These are moments that have been difficult
for me.”
Tagged: Sports 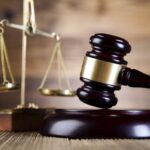 Kwara state: High court jails footballer, one other for participating in Fraud

1,500 members of APC in Katsina State have defected to the PDP