Gambia incumbent president has reacted to the African Union Peace and Security Council recent Resolution on the Islamic Republic of The Gambia on the current political situation of the country.
Following the meeting in Addis Ababa on January 13th, African Union’s Peace and Security Council disclosed publicly that after 19th January 2017, it will not recognize Yahya Jammeh as president of Gambia. The date is the supposed date for the inauguration of president-elect, Adama Barrow.In the meeting, the council said there will be …”serious consequences in the event that his action causes any crisis that could lead to political disorder, humanitarian and human rights disaster, including loss of innocent lives and destruction of properties.”In a statement release on Sunday evening, the

The AU Peace and Security Council does not have the mandate to bar member states and governments from The African Union. Any such resolution has to be approved the authority of the heads of State of the African Union. 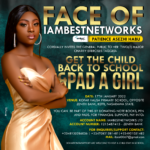 Get The Child Back To School” and also “Pad A Girl. Be part of this