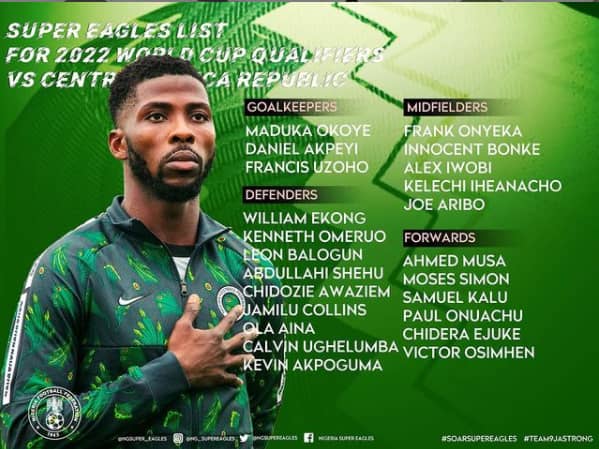 Nigeria already kicked off their campaign in the qualifiers on brighter note with two winnings in their first two games and are currently the group C leaders with six points while Central Africa Republic are at the bottom with just a point.

21-year-old Calvin Bassey who plays for Scottish giants Rangers as a left-back/centre-back was handed his maiden Nigeria call-up.

Rohr’s men will take on the Central African Republic on October 7 at the Teslim Balogun Stadium, Lagos before travelling to Bangui for the return fixture at Stade Barthelemy Boganda three days later.

‘It was Obasanjo himself who introduced corruption into the church – prophet