The Professional Footballers Association (PFA) of Britain has rebuked Manchester United coach, Jose Mourinho over his treatment of players, Chris Smalling and Luke Shaw.Gordon Taylor, head of the players’ union, urged Jose Mourinho to be more careful with the handling of his players. In his own words this is what he said

“I was disappointed that [Mourinho’s comments] because, knowing the individuals, they are both highly thought of.

“They’ve got personal problems which I don’t need to relay, but sometimes a manager needs to be a psychologist as well, and also to be a counsellor because you can’t treat everybody in the team [the same], every manager must know that. Every player in a team is different.

“When you see what happened with Welsh football and Gary Speed, that brings it home to you that somebody can look on top of the world, with no problems, but [in reality] it’s quite different and that’s why we have a 24-hour counselling service.

“We get some 200 calls a year to those lines because a player could be out of the team, he could be injured. It’s a short-term career and we’re all human beings. 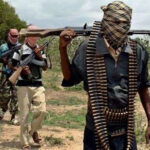