A top aide said Yesterday Tuesday that the USA president-elect
Donald Trump will not pursue charges against his former Democratic
rival, Hillary Clinton.

Kellyanne
Conway, who managed Trump’s presidential campaign, told broadcaster
MSNBC that the decision would send a “very strong message” about
bringing the country together in the wake of a contentious election.
“I
think Hillary Clinton still has to face the fact that a majority of
Americans don’t find her to be honest or trustworthy. But if Donald
Trump can help her heal then, perhaps, that’s a good thing,” Conway
said.
Trump
had made Clinton’s use of a private email server while secretary of
state and charges a crucial part of his campaign, charging that she had
broken the law despite a decision the FBI not to press charges. His
supporters had routinely chanted “Lock her up” at campaign rallies.
“I
think he’s thinking of many different things as he prepares to become
the president of the United States and things that sound like the
campaign aren’t among them,” Conway said.
Source: DPA
Tagged: News

Bovi has seen his bag finally 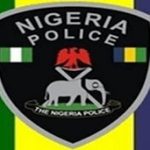 Bradley has reacted to U.S President Donald Trump’s decision to sign a new law that temporarily bans immigrants from 7 countries like Iran, Iraq and Libya that are considered ‘terror prone’.