Early this week, a House of reps member named Hon. Zaphania Jisalo an FCT indigene representing FCT has been reported to the inspector general of police, the Speaker House of Reps in Abuja. This is because the Federal house of reps member threatened to Kill one FCT civil society activist popularly known as Buhun Barkobu Abuja.

The threat came after the activist spoke against bad governance and mention the said honourable Zaphania… .After the threat, the activist who was threatened wrote to concerned and relevant  authorities to intimate them about the threat from Honorable member. Below is the letter written the Lawyer of Buhun Barkonu, the phone conversation between the federal house of reps and the Buhun Barkonu plus his comments on his Facebook wall.

See photos of group of protesters at CBN Abuja 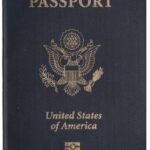