This is a picture of a girl hit my malnutrition in areas where Bokoharam has invaded. people are dying of hunger daily. This is what Daily trust has to say…

“Living
conditions for people uprooted Boko Haram violence and seeking
refuge in camps and towns across northeast Nigeria are more deadly than
the conflict between the Islamist militants and the army, Medecins Sans
Frontieres (MSF) said on Wednesday.
Hunger
and malnutrition is widespread among the displaced in Borno State, not
just in remote, previously inaccessible areas, but also in the capital
Maiduguri, the medical aid group said.
Coordination
of relief efforts must be drastically improved and food aid urgently
delivered to people in need across Borno, where the humanitarian
situation is reaching “catastrophic levels”, said MSF emergency
programme manager Natalie Roberts.
“It
is shocking to see so many people malnourished in Maiduguri, not just
in isolated and hard-to-reach areas,” Roberts told the Thomson Reuters
Foundation phone.
“Aid
actors have access, and there has been no Boko Haram presence for the
last few years, but people are starving to death inside Maiduguri.
Millions are in a nutrition crisis.”
MSF
said it had recently gained access to Ngala and Gambaru, towns
previously cut off from aid, where tens of thousands of people have
little or nothing to eat and at least one in 10 children are suffering
from life-threatening malnutrition.
Yet
the medical charity said it was most concerned about the situation in
Maiduguri, where malnutrition rates in some parts of the city are as
high as those seen in conflict-hit areas.
Boko
Haram violence has left more than 65,000 people living in famine in the
northeast, with one million others at risk, and more than half of
children under five are malnourished in some areas of Borno, several aid
groups said last week.
Many
women in aid camps in the northeast are resorting to selling sex in
exchange for food and money with which to feed their families, medical
charity International Medical Corps and Nigerian research group NOI
Polls said this week.
Roberts said the aid response across Borno was insufficient and uncoordinated, leaving many people without any assistance.
“Civilians are not receiving aid, and find themselves trapped between Boko Haram and the military’s operations.”
The
Islamist militant group has killed about 15,000 people and displaced
more than 2 million in Nigeria in a seven-year insurgency aimed at
creating a state adhering to Islamic laws.
A
military offensive has driven Boko Haram from much of the territory it
held in northern Nigeria, but the militants have continued to carry out
suicide bombings and raids in northeast Nigeria and neighbouring
Cameroon, Niger and Chad.”
Tagged: News 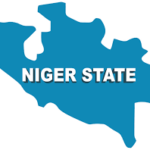 Words in Pen: Leadership styles from the 80s: Steve Jobs vs Bill Gates