1 Samuel 18:14 And David behaved himself wisely in all his ways; and the LORD was with him.

To be helped of God is to live a life of undeniable success and progress.
Living the life of wisdom attracts the help of God.
David made himself strong in the strength of the Lord because the Lord was with him. He could reach out and touch the Lord at any given moment. Constantly in God’s presence, he could talk to Him as Moses talked with God as friend to friend(Exodus 33:11) He was so near to the hand that opens and satisfies the desires of every living thing, and could talk to his friend about a friend called Saul. In this relationships God’s presence was as good as a thousand troops. Wow!!. I once read about Napoleon, they said, his presence among the troop was like an extra army
When an army is shot, and is being operated on on to remove Bullet, they said “Dig deeper and you will find Napoleon”.

When we are looking keys of truth to the reality of the Lord being with a person, we tend to look to the great and spectacular. We will readily agree that the Lord was with David when He defeated Goliath. There is no demarcation with Jehovah between secular and sacred.
Everyday, whether David was awake or sleeping, the Lord was with him.
Whenever we are stabbed enemies conspiracy or fired with an arrow of negative orchestration, let them dig deeper And find God inside of you.

Prophetic Declaration: I declare today that the presence of God and His divine backing over your life affairs Shall daily remain visible in Your life in the Name of Jesus.

#BitterTruth: The north will destroy itself if it doesn’t change – Emir Sanusi

Fuel scarcity: See what Nigerians are doing and saying… 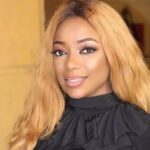 I am a humanist not a feminist. Feminism is toxic – Bimbo Akintola