Gbagyi with other dialect like Gbari also spelled and referred to as Gwarrin Kwa  (This names will be used interchangeably) are peaceful, agriculturalist, artistic and Nupoid-speaking people living in North-Central geo-political zone(Middle belt) of Nigeria. They predominantly live in the Niger, Kaduna States and the Federal Capital Territory. They are also found in Nasarawa and Kogi States in central Nigerian Area.
Gbagyi is the most populated indigenous ethnic Group in the Federal Capital Territory, Abuja Nigeria, where their major occupation is farming.The Gbagyi/Gbari people are known to be, noble, peace-loving, transparent, hospitable and accommodating people. Culturally, Gbagyi/Gbari put their personal loads and luggage on their shoulders not their head. As an ethnic group they respect the HEAD and believe that there can be no life without head.
John N. Paden posits that “two things make the Gbagyi people more distinct from any other people in Nigeria, and it is pertinent  to note that those two things are their undying clamour for peace and their impenetrable cultures.” It is interesting to also note that the observation made Paden in his book about three decades ago is still associated with the Gbagyi/Gbari people today, most especially their cultures that are still kept intact despite the fact that they saw colonialism and keep seeing western education daily. One of these undying cultures, according to Paden, is carrying loads on their shoulders rather than putting loads on their heads as it is the case among other Nigerian people. This singular art and act of culture is unique in Nigeria and largely admired other ethic nations.
Another cultural practice among Gwarinkwa/Gbagyi nation to note is the Gbagyi/Gwari food. Every Gbagyi man or woman is a lover of “ezhe” popularly known as “tuwo” in the purely Hausa community. Ezhe is a special meal found in every home of the Gbagyi/Gwari nation. This is prepared using maize or Guinea-corn. potassium or the popular ashes water called “osanh” can be added to give it a unique taste. Ezhe can be taken solid with gbagyi soup or any soup of your choice. It can also be mashed and taken liquid with Gbagyi sauce including Khandolo and Akunyna( garden egg). This sauce is a long time sauce that can not be relegated or replaced any thing among the Gbagyis.
More about the Ezhe meal and its preparation coming in the next series. Conclusively, Gbagyi/Gwari or Gbari is a nation that is greatly and largely admired in and outside Nigeria.  Anticipate the next series
As Written Deborah Amubwo Samuel.

Deborah Amubwo Samuel from Kwali Area Council, Abuja; Gbagyi tribe and lover of her culture as pictured above. She is the writer of the popular article – “Power of I am Sorry” Click here to read the article. She is the CEO of Dhebraah’s Collection with head office at Minna Niger State. Also the coordinator of THE CANDLE. Deborah is an entrepreneur, writer and a counselor. She is a great advocacy of the Gbagyi/Gbari culture. It is worthy of note that She is that Gbagyi woman who has promoted and still promoting the Gbari/ Gbagyi culture wheresoever she is in what ever way she can. She seeks to promote Gbari/Gbagyi culture to the point of drawing attention of tourist to Gbagyi nation and uplift the Gbagyi/Gbari nation beyond the level it is now. She is Some one who will genuinely promote Girl child education especially in the Gbagyi nations
-who will boldly promote unity and cooperation between and among the Gbagyi nations.
– And who will intentionally  provide opportunities for and encourage entrepreneurship among the Gbagyis.
We are confident about her because she has been doing all that already. Our BIG desire for her is to become Miss Gbagyi so she can in that way do more and make Gbagyi nations proud and so she needs your vote, prayers and every other support in all ramifications to make all of these come to reality.
Grand finale for the miss Gbagyi…
DATE: 8 DECEMBER
TIME: Red carpet 4:30pm
Main event 5:00pm
VENUE : Art & culture Garki Area 10
TICKETS..  Regular = #1000, VIP= #5000, Table for Four = #30,000.. 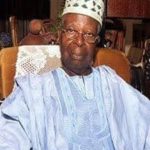 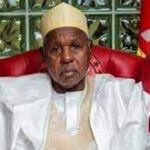 Majority of those involved in this banditry are Fulani, whether it is palatable or not, but that is the truth. – Governor Masari