Moses opened up on the club’s website on
why he has thrived as a wing-back despite having never played in that
role before and credits his outstanding performance to his Italian
manager at the club, Antonio Conte.

The 25-year-old has featured in eight Premier League matches for
Chelsea, including in their last four against Hull City, Leicester City,
Manchester United and Southampton which they have won without
conceding.

The Nigeria international said he was only focused on improving as a wing-back in Chelsea’s 3-4-3 formation.

“I have not played there before. I have just got to listen to what
the manager asks me to do in that position and the way he wants me to do
it.

“It’s very important to understand your teammates; so, every game we played, I just want to keep on improving.

“The more games you play, the more experience you get in that position and I’m really relishing and enjoying it at the moment.

“I have got Azpilicueta there, the spare right-back, who is behind me
and he communicates with me and really helps me out to make sure I am
in the right position.

“It’s very good to link up with Pedro and Willian too. They know when it’s time for me to go or when not to go.

“We speak to each other and we look at each other’s movement to make
sure we are doing the right thing on the pitch,” Moses explained on the
website.

He stated that the club’s performance in recent matches was due to serious “work as a unit in training”.

‘It was Obasanjo himself who introduced corruption into the church – prophet 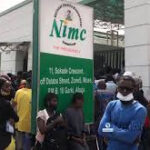