A former Governor of Zamfara State Senator
Ahmed Sani Yerima has said that he would contest the 2019 Presidential
election if President Muhammadu Buhari declines to seek a re-election
and if Nigerians endorse him.

He told newsmen on Sunday in Abuja that his announcement does
not negate his avowed commitment to support President Buhari if he
decides to re-contest the 2019 election.

Yerima
representing Zamfara West in the ruling All Progressives Congress (APC)
and who seconded the motion the National Executive Committee (NEC) of
the party for the President to run for the 2019 election, said he would
not contest against him.
He said
that nobody will condemn him, if he decides to contest for the
presidency because he has got the right endorsement he need to contest
for the position and that he is in politics to serve the interest of the
masses and not for sheer glory or showoff.
“I am in
politics not for personal aggrandizement but for the sheer glory. I am
in politics to serve. And I have not failed to do that,” Yerima said.
On the
outcome of the APC, NEC meeting, he said, “Yes I seconded the motion: I
will support the President if he decides to run in 2019. I will not
contest against him, but if he does not contest and I decide to come
out, nobody will condemn me. That’s my personal decision.”
The
senator’s declaration of support for the President to run for second
term followed massive support 186 groups under the aegis of the
Buhari Support Group (BSG) with Vice President Yemi Osinbajo on October
27 commissioned the secretariat of the Buhari Support
Organization  (BSO).
Daily Trust
Tagged: News

Photos: Buhari having an interactive session with Soldiers in Sambisa …. 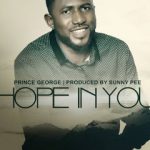 Niece of US former Vice President Joe Biden has pleaded guilty to a $110,000 theft from a New York City drugstore.