The former Abia state governor, Orji Uzor Kalu, was a guest on AIT recently where he reacted to the October 1st ultimatum issued to Igbos residing in the North a coalition of Arewa Youths Organization last month.
According to Daily Trust, Kalu said he would lead a war should any of the youths attempt to actualize the ultimatum.The former governor said the Arewa youths who issued the ultimatum were only seeking for relevance and that the Igbos would only leave Nigeria if asked to serious minded individuals.

“Anybody that touches any Igbo man in terms of saying that we should quit; the country will go into war, and I will lead the war if Igbos are touched. I do not believe that in 2017 we should be attacking each other. The quit notice means nothing. No reasonable northern elder will do that. Did Adamu Ciroma sign? Did Babangida sign? Did Abdulsalam sign? Aliko Dangote? When you say northern elders, I don’t know whether Sultan of Sokoto, Emir of Kano, Emir of Zazzau and his likes are asking us to quit. If all these people come out and say we should quit, we will quit. We are not afraid of quitting, we have a place to go. But Nigeria’s unity is more important”he said.

He also described the call for secession the IPOB leader, Nnamdi Kanu, as a waste of time. 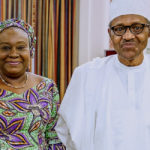