Yesterday been been thursday, the Kano
State governor Abdullahi Ganduje told Kano residents that he
would not “steal or divert” their money during his tenure.
Ganduje stated this while laying
foundation of 4,128-capacity shopping mall for small-scale textile
traders at Kwari market, Kano.
The mall is expected to cost more than N5 billion in construction cost.
Governor Ganduje said out of the figures N917m would be spent on the construction of some roads leading to the mall.
He added another set of 336 shops would be constructed at N801m, while 280 others are to be constructed at N667m.
Ganduje assured that four major Markets of Kurmi, Kwari textile market, Yanlemo and Dawanau markets are  going to wear new look.
Speaking the Emir of Kano
Muhammadu Sunusi II urged Kano people not to relent in assisting
security agencies to protect the state against crimes.
The Emir called on businessmen in the state to ensure timely payment of Zakkat.
Tagged: News 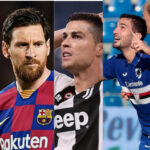 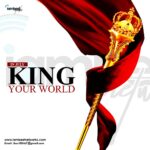 Fayose settles landlords with over 200m for 1.2km road construction.