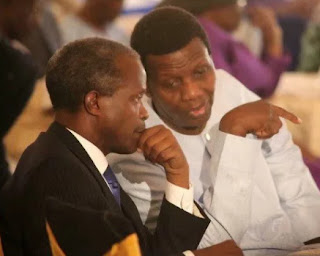 Even after repeated calls various persons on the Vice President, Professor Yemi Osinbajo, to respect his supposed pastoral calling and stop his nasty habit of lying, pastor Osinbajo refuses to heed these calls and continues to spew falsehood forgetting or perhaps not caring that the devil is the father of all liars.
Nigerians may recall that Vice President Osinbajo falsely alleged that former President Jonathan took ?100 billion from the Central Bank of Nigeria in cash to his personal house in Abuja and when challenged to provide proof of his fallacious claims, the Vice President hid behind ‘sources’ and began to feed stories from anonymous officials to the media.
This time around, the Vice President alleges that three persons working under former President Jonathan looted $3 billion from the nation’s resources. I make bold to say that Vice Presidents Osinbajo is a liar and I challenge him once again to prove me wrong mentioning those three people and providing proof that they stole the amounts allegedly stolen.
It is sad that at a time when the Buhari administration should be telling Nigerians what they have achieved after three years, they continue to blame and point fingers.
The reason for this is because neither President Buhari nor Vice President Osinbajo can point to any project that they have initiated, started and completed in three years.
?Nigerians voted for President Buhari and Vice President Osinbajo because they said that:?
* Subsidy was a fraud they they would stop * Fuel would be sold at ?40 per liter, and * Fuel scarcity would end.
Today, after three years:
* The Buhari administration is paying more subsidy than former President Jonathan ever paid at ?1.4 trillion annually.* Fuel price was increased from ?87 to ?145 per liter* Fuel scarcity is worse.
faced with these facts, a desperate Buhari administration, wanting to be re-elected and knowing that it cannot run on its record, has devised a plan to distract attention from its woeful record of failure making constant false allegations on the person of former President Goodluck Jonathan.
I therefore call on the General Overseer of the Redeemed Christian Church of God, Pastor Enoch Adeboye to caution pastor Yemi Osinbajo to stop lying. If Professor Osinbajo fails to heed this advise, I urge Pastor Adeboye to remember that the Redeemed Christian Church of God ordains it pastors not to lie but to spread the word of God. Is this what Vice President Osinbajo is doing?
This administration has yet to tell Nigerians what happened to the $25 billion that was awarded in contracts without due process the Nigerian National Petroleum Corporation or how Maina was returned, reinstated, double promoted and given armed guards or why the indicted Executive Secretary of the Nigerian Health Insurance Scheme was reinstated despite a clear case of corruption or when Babachir Lawal would be charged.
Instead they continue to throw mud at those who have achieved what they have not achieved.
If Pastor Osinbajo cannot stop his habit of lying, I herecall on pastor Adeboye to withdraw his pastorate before he brings the church of Christ into disrepute. 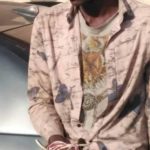