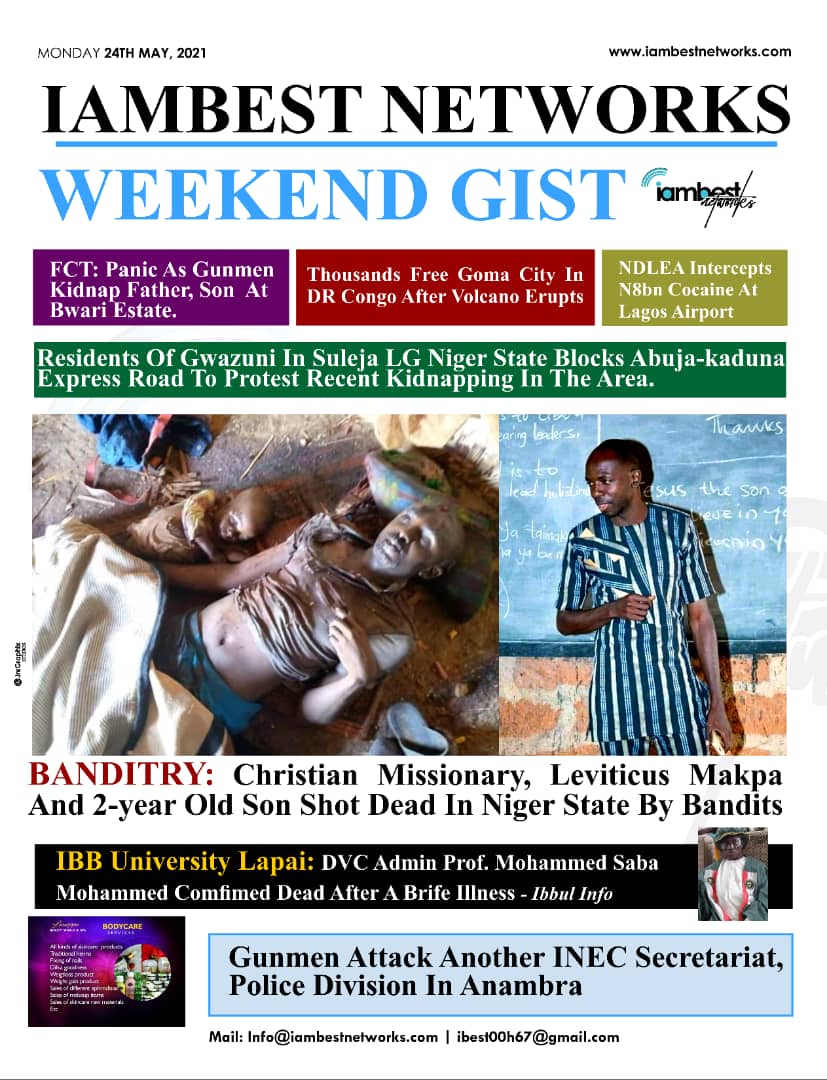 Leviticus Makpa Markus a Christian Evangelist and his son were on Friday 22nd May, shot dead byBandits in a village after Kotangora in Niger state where he is stationed. According to survivals, another missionary, he said these Bandits came in hundreds with heavy weapons killing majorly the adult and young males. Evangelist Leviticus 39, from Kaduna state but grew up in Suleja Niger state was married to one wife and had two children which were male and female. Evangelist Leviticus died with his son leaving his wife and daughter who also survived the art k miraculously.

His remains have been buried in Bakassi, Suleja cemetery on Saturday 24th May. He was not just a Christian missionary but also an educator who introduced formal education in that region and brought about civilization. He started this mission immediately after his NYSC.

“It’s vital Wayne does his research and I don’t just mean Google. – Jack