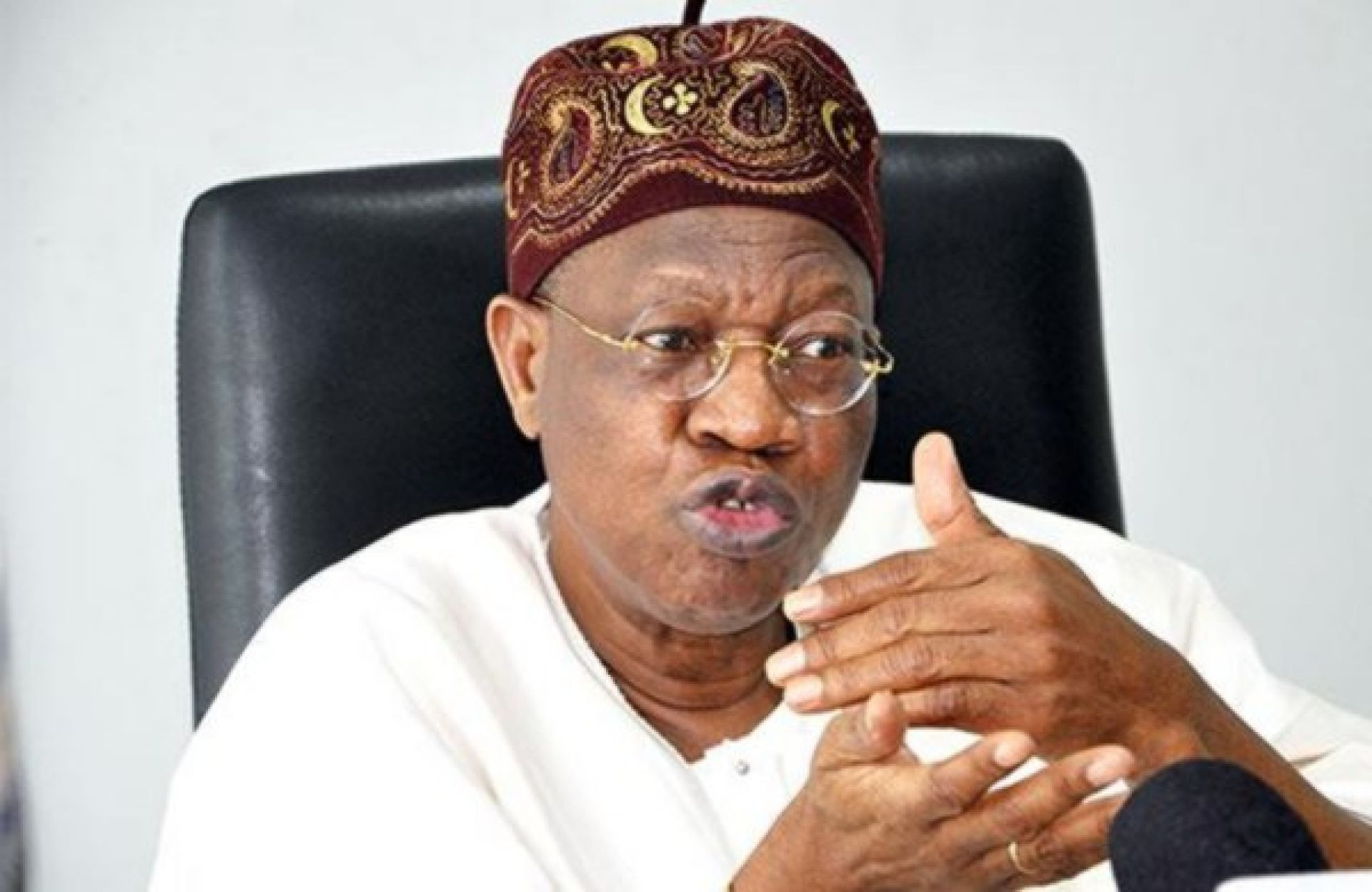 Minister of information and culture, Lai Mohammed has explained why the military cannot conduct full-scale bombings against bandits.
Speaking in an interview on Bond FM, the minister said the terrain where bandits operate make security operations difficult and innocent citizens may be killed if a full-scale bombing is conducted.
Lai Mohammed said;

“We are also pleading with Nigerians to join in this fight because they have a lot of roles to play in tackling this insecurity. This is because these criminals called bandits are living among us; they interact with the people as well.

“Who are the ones supplying them with food? More so, they also have landlords. People should expose these criminals and then, the various efforts of the government will be effectively complemented and we will see the results.

“We have been trying our best in the fight against the bandits equipping our security apparatus. The government has purchased aircraft so that they can fight alongside the soldiers. We have not rested on our oars.

“The welfare of the police is also given adequate attention and very recently, this administration recruited 25,000 constables and deployed them to their home states. This will go a long way in community policing.
“It will be easier for the newly-recruited constables to work effectively. There are lots of work in progress in the security infrastructure and personnel.”

Reacting to Governor Nasir El-Rufai’s suggestion of mercenaries being used to fight against banditry, Mohammed said;

“Governor el-Rufai spoke out of a deep concern about the situation. He might have spoken out because of the circumstances at which the bandits are emboldened to operate.

“If we employ mercenaries to fight the bandits, we should have it at the back of our minds that they are only mercenaries and not our security personnel who will return to wherever after their task is done.

“The mercenaries cannot be compared with our security forces; the fight against the bandits is a difficult one because of the terrain.

“We cannot just go with full force to bomb them or else the innocents living around them will be killed and we don’t want that to happen.”

SPONSORED: I AM BEST MAGAZINE; THE MYSTERY OF AGE By Tanko Shekwa’aga… Its a must read.

Sponsored- Announcement: Auditioning!!! Are you a singer? This is for you