The coronavirus cases in Italy have climbed 31%, from 196 to 827, in the last 24 hours and this has resulted in the country taking drastic measures to reduce the spread of the deadly virus.

Italy has said all shops except pharmacies and food outlets will be closed due to the deadly virus.

A top Italian doctor said intensive care wards should stop treating the elderly and focus on those with better chances of survival. He advised ICU’s to place an age limit on beds as a way of prioritising medical resources amid the deepening crisis.

The country’s Prime Minister Giuseppe Conte announced the latest wave of restrictions in an appeal to the nation.

Conte said in his nine-minute evening prime time address to the nation: “Thank you to all Italians who make sacrifices. We are proving to be a great nation.”

On Monday a government decree in Italy stopped non-essential travel between cities and banned public gatherings. This has led to emptied streets and closed down everything from churches to restaurants.

It comes as total confirmed infections in Europe rose to 22,485 with 940 deaths, according to a new tally which is compiled from official sources. 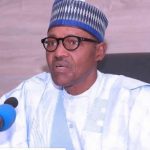 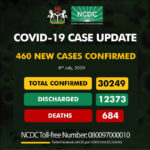