The vice president of Nigeria Yemi Osinbajo, yesterday said it is untrue that the Federal government has remained silent in the lingering Southern Kaduna crisis that has killed many people, particularly Christians.He spoke at the  opening of the 14th National Biennial Conference of the Pentecostal Fellowship of Nigeria. VP Osinbajo said what the Federal government has done was to allow Governor Nasir El-Rufai exercise his constituted authority as the governor of the state, to manage the crisis.Read his full statement….

“Since investigations are still going on, I can’t make any categorical statement. The Federal Government has taken steps first aligning with the state government working with the police to be the first respondents. It is not true to say that the FGN was silent, it is not true. Troops were sent in after a security council briefing were received from the state and police after they found themselves of not been able to curtail the killings. However, from the foregoing it is obvious that every Nigerian leader whether Christian or Muslim has tried to solve the problem of the killings and none has succeeded. Indeed killing has increased in velosity and intensity. In many respects, the failure of our criminal justice system to punish culprits has not helped matters.” 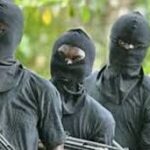