Italian Prime Minister Giuseppe Conte on Sunday issued a decree restricting the movement of 16 million people in the country including the Lombardy region and at least 14 provinces in neighboring regions. Milan, Modena, Parma, Piacenza, and Venice are also affected.

The Prime Minister also announced the closure of schools, gyms, museums, nightclubs and other venues across the whole country.

“For Lombardy and for the other northern provinces that I have listed, there will be a ban for everybody to move in and out of these territories and also within the same territory,” Conte said. “Exceptions will be allowed only for proven professional needs, exceptional cases and health issues.”

“We want to guarantee the health of our citizens. We understand that these measures will impose sacrifices, sometimes small and sometimes very big.”

“We are facing an emergency, a national emergency. We have to limit the spread of the virus and prevent our hospitals from being overwhelmed.”

The measures will last until the 3rd of April 2020.

This comes a day after Italy reported its biggest daily increase in coronavirus cases since its outbreak last month. The number of infected people rose to 1,247, taking their total to 5,883 with the death toll rising to 233.

Since the return of democracy, we have not had a worst period than now – Atiku 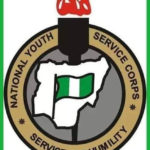