Jack Sealy, the only Englishman that plays professional football in the Chinese Super League, gave England/Manchester United captain, Wayne Rooney ‘the greatest advice he could ever get’, before he takes his family and makes the mouthwatering £1m per week move to the Chinese League this week.

Rooney has been linked with a move to the CSL this week, with Man U coach Jose Mourinho admitting his captain could make the move to the Far East before the Chinese transfer window closes next week Tuesday.

Sealy, who plays for Changchun Yatai – an outpost in the north of the country. advised Wayne Rooney, saying the footballer must do his research well before he makes the move or he could regret it.
Sealy told SunSport:

“It’s vital Wayne does his research and I don’t just mean Google. He should come and check the place out before putting pen to paper — otherwise he might regret it.

China is not like Manchester. He will be hard pressed to find any similarities here.  The culture is different, the food is different, the people are different and the football is different. He should be prepared for that and it’s vital he keeps an open mind.

“My simple advice to Wayne would be to stick to a club that is near or in the southern cities of Shanghai, Beijing or Guangzhou. These places are modern, developed and have an international population.

“But if he was to stray up to my city, Changchun, or go somewhere like Yanbian, he might  not like it and  want to come home after a few months.

“He will struggle to find many people who speak English and won’t find too many of the creature comforts he’s used to.”

Although the China Super League continues to spend huge amounts of cash, Sealy says it is nowhere near as professional as the Premier League in terms of fitness levels, conditioning or monitoring of players.
Sealy said:

“Put it this way, if he wanted to go out for a load of beers or have a few crafty cigarettes, he would get away with it  because he is just going to be so much better than most of the players out here anyway.

“And of course he is Wayne Rooney — one of the most  popular, idolised footballers out here with a massive following.

“No one is really going to be that worried as long as he is doing the business on the field. Over here I can see him scoring 40-yard screamers past the Chinese keepers.”

In China, foreign keepers are prohibited and the standard is embarrassingly poor.
He said:

“I’m single and even I find it tough sometimes. We had a French midfielder called Julien Gorius, who joined last year — and he struggled.

His wife and children visited every two months for a couple of weeks and he couldn’t cope, got homesick and left after just one season.

“It would be so much better for him if he does bring his family because it’ll be good to   go home and have a bit of normality. It would keep him sane.”

“He will be one of China’s biggest-ever signings. He will do major damage in the China Super League and will be just what the division needs.

“They love players with pace who beat people, those like Alex Teixeira — but Wayne is a goal scorer and with the type of goals he scores I think they’re going to love him.

“He’ll be well looked after. Obviously he will earn millions and they will treat him well.

“Whatever he asks for, they will bend over backwards to accommodate him. The thought of the England captain playing in China is unreal. I’d love to play against him.” 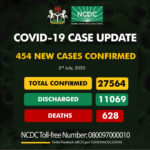 IAMBEST TV: who is your candidate in the 2019 general election and what do you expect from INEC