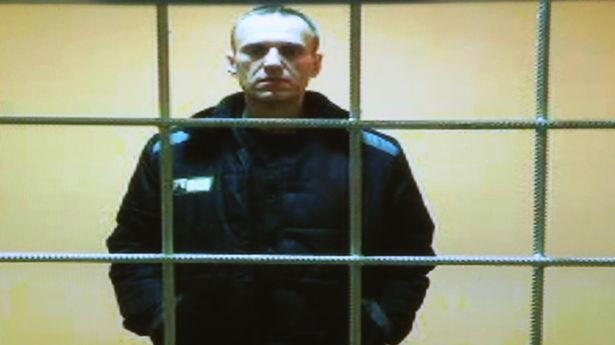 According to news, Jailed Vladimir Putin’s critic, Alexei Navalny has reportedly gone missing from a prison in Russia.

The high-profile Russian opposition leader did not show up for a meeting with his lawyers today at the Pokrov penal colony and his whereabouts is now unknown.

“Where Alexei is now, and which colony he is being taken to, we don’t know,” Leonid Volkov, Navalny’s chief of staff, said in a statement on the Telegram app.

Volkov said his lawyer went to see him but was kept at the checkpoint until 2pm before they told him: “There is no such convict.”

Navalny was jailed the Kremlin at the start of 2021 upon returning to Russia after receiving medical treatment in Germany following a poison attack with a novichok nerve agent during a visit to Siberia in 2020.

Navalny and his team subsequently accused Putin of the attack.

He is currently serving over 11 years in jail after being imprisoned last year for two-and-a-half years and in March being sentenced to an additional nine years for fraud and contempt of court.

Authorities declared two weeks ago that they had opened a new investigation against the 46-year-old on charges of “creating an extremist group to fan hatred against officials and oligarchs” and trying to stage unsanctioned rallies.

He responded to the so-called charges saying: “Not even eight days have passed since my nine-year high-security sentence came into force, and today the investigator showed up again and formally charged me with a new case.

“It turns out that I created an extremist group in order to incite hatred towards officials and oligarchs. And when they put me in jail, I dared to be disgruntled about it and called for rallies.

“For that, they’re supposed to add up to 15 more years to my sentence.”

Navalny was given a nine-year term in 2021 after a Russian court found him guilty of fraud charges. They also fined him 1.2 million rubles (around £17,500).

He has openly condemned the invasion of Ukraine, claiming it was “stupid” and “built on lies”.

He told a court hearing: “The war was intended to cover up the robbery of Russian citizens and divert their attention away from the country’s internal problems.”

Before he went missing, Navalny was serving at the Correctional Colony No. 2, a prison camp in Pokrov, 74 miles east of Moscow.

Riyad Mahrez was finally crowned the BBC African Footballer of the Year 2016.

ANNOUNCEMENT: ELWO BRINGS TO YOU ANOTHER 3 DAY POWER PACKED CONFERENCE….