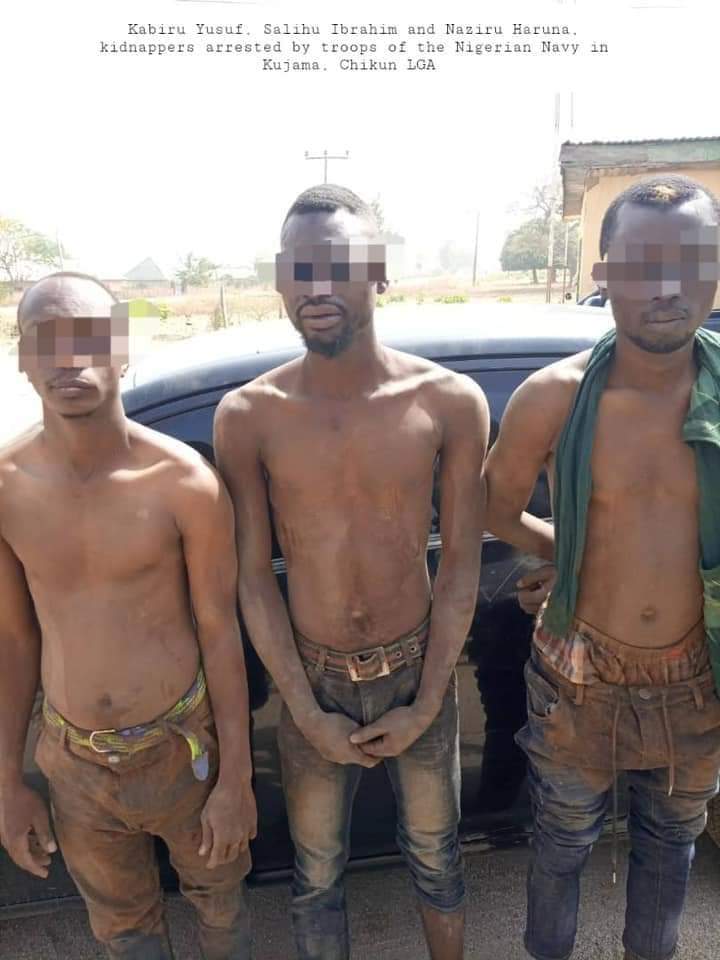 Samuel Aruwan , the Commissioner, Ministry of Internal Security and Home Affairs, Kaduna State in a statement revealed that some form of progress has been made today 6th February as some kidnappers were arrested. Read his statement below:

According to the report, the bandits, in a black Toyota Corolla, drove up to the shop of a POS agent in the area and attempted to kidnap the operator and a customer who was there for a transaction.

Alarm was raised and the Nigerian Navy troops from the Kujama checkpoint arrived at the scene to apprehend the suspects before they could escape with their captives.

The apprehended bandits, identified as Kabiru Yusuf, Salihu Ibrahim and Naziru Haruna, have been handed over to the police for further investigation and prosecution.

The rescued victims, Franklin Silas (the POS operator) and Blessing Fada, both residents of Kujama, are both safe and assisting security agencies with the investigations.

Governor Nasir El-Rufai commended the troops for their swift response leading to the arrest of the suspects, and urged the police to ensure a diligent investigation to closure.

Hurray!!! IAMBEST TV presenter Deborah Danbaba is plus one