Manchester City’s midfielder Kevin De Bruyne has warned Liverpool to write off his team at their own detriment ahead of the Champions League quarter-final second leg.


Manchester City suffered a heavy defeat in the first leg, losing 3-0 to Liverpool at Anfield.

Mohamed Salah, Alex Oxlade-Chamberlain and Sadio Mane scored the goals that mean City have a mountain to climb in next week’s second leg.

After the game, De Bruyne said he still has belief City can turn the tie around but admits it will take something special at the Etihad next week to make it happen.

“You never know, it’s football,” he said. “I have confidence in our team and the way we play.

“If we want to go through, we need something special, but it’s 90 minutes which is a long time. But obviously they are big favourites now.”
Source:Daily Trust

Iran Foreign Ministry announced that U.S. citizens will be blocked from entering Iran in retaliation to Donald Trump’s ban on travellers from seven majority-Muslim countries 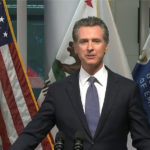 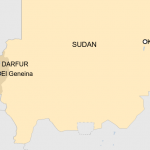