Today,
Minister of Information and Culture Lai Mohammed says the use of fake
news and disinformation as weapons the members of the opposition will
be a major obstacle, as the 2019 general elections approach.

Read what the Nigeria minister said, ‘never before have this evil twins of
misinformation and fake news permeated the public space as they have
now. And, make no mistake about it, they have become potent weapons in
the hands of the opposition. Sadly, they will be the biggest obstacles
we are going to face from now till the 2019 general elections. In recent
days, you’ve all seen the dangers posed, not just to you but even to
the general public, those who have chosen to use misinformation and
fake news as a weapon of choice” the minister said.

He defended the performance of the current administration, insisting
that it had made strides in the areas of infrastructure, ease of doing
business and agriculture. “For our administration, I am proud to say
our achievements are there for all to see. We are driven in the broad
areas that form the plank of our policy security, fight against
corruption and the economy” he said. 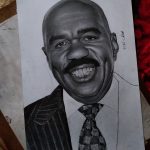 I am Best Magazine: Much about Faith D. Philip Miss Gbagyi 2016 you never knew, her girl child education project plus her astonished photos… Enjoy