News have it that death toll of Lassa fever cases in Nigeria has increased to 161, just after 5 new cases of coronavirus were confirmed in the country.

A new data released the Nigeria Center for Disease Control (NCDC) revealed that a total of 3,735 suspected cases with 906 confirmed cases (11 probable) and 161 deaths have so far been reported in 123 local government areas in 27 states. The new figures represents the total cases from the beginning of the year till March 15. 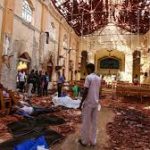