Just early this friday morning, a magnitude 8.0 earthquake struck off the coast
of Mexico. It has now upgraded to 8.1. The tremor stuck at a depth of 33
kilometers (20 miles) and triggered a tsunami warning off the coast of
Chiapas, Mexico.

Mexican President Enrique Pena Nieto has already issued a statement
on his Twitter, saying emergency protocols have been put in place.  “Civil protection protocols are activated, including the National Emergency Committee, after earthquake 8.0 magnitude” he tweeted. Within one hour of the initial quake, four aftershocks of more than magnitude-5 were recorded the USGS.

At the moment, parts of Mexico City are without power, and
authorities have already dispatched extra patrols to those areas, Mexico
City Mayor Miguel Angel Mancera said in an interview on ForoTV.  A
first assessment using helicopters and the city’s security cameras, do
not show immediate damage, but officials in the Mexican capital continue
to monitor, the mayor said.

Centenary city: Give us our land back. We don’t want anything else – land owners 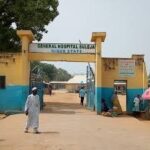 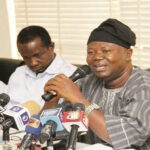