In the 12-round match dubbed the “Battle of Brisbane”, 29-year-old former schoolteacher who was considered an uneven match for veteran Pacquiao was declared the winner on points: 117-111, 115-113, 115-113 the judges.
Three-time world heavyweight champion Lennox Lewis has since disputed the result on Twitter saying, ‘this is what’s wrong with boxing. Horn was very game but I’m hard pressed to see how he could have won that fight any stretch!” 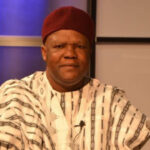