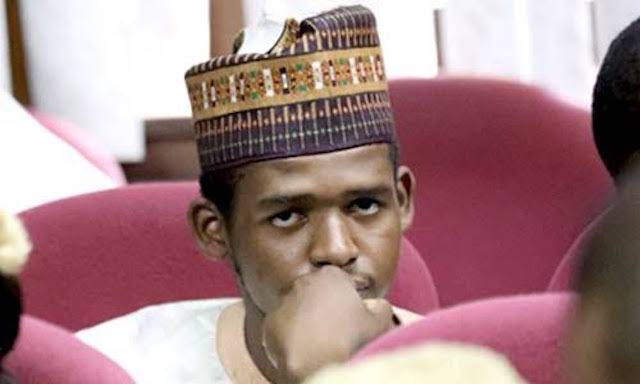 The son of the embattled former chairman of the defunct Pension Reformed Task Team (PRTT), Abdulrasheed Maina, Faisal, has escaped to the United States of America (USA) after sneaking into the Niger Republic through one of the nation’s porous borders in Borno State.

This was disclosed a lawyer with the Economic and Financial Crimes Commission (EFCC), Mohammed Abubakar, at the resumed hearing in his money laundering trial before Justice Okon Abang of the Federal High Court, Abuja today Thursday, February 4.

Recall that Faisal like his father went underground after he was granted bail the court. While his father was re-arrested in Niger Republic on December 1, 2020, Faisal remained elusive until EFCC recently got intelligence that he has fled to the US where he is believed to be a citizen.

In a ruling earlier, Justice Abang ordered among others, that a House of Representatives member, Sani Dan-Galadima (representing Kaura-Namoda Federal Constituency of Zamfara), who stood surety for the fleeing Faisal, should forfeit his property, worth N60million, which he pledged as a guarantee for the N60m bail bond he signed.

Maina is currently in EFCC custody. He is being prosecuted on 12 counts of money laundering to the tune of N2bn the EFCC.