An estimated three million
members of the Movement for the Actualization of the Sovereign State of
Biafra, (MASSOB), otherwise called Biafra Independent Movement, BIM,
will on Wednesday, converge in Onitsha, Anambra State, to celebrate the
18 years of the existence of MASSOB.
Emmanuel Omenka, who coordinates Anambra central
for the group, said its founder Ralph Uwazurike will lead members in the
celebration.
He said there would not be any sit-at-home order
that day as people are free to go on with their legitimate businesses,
but added that those who appreciate the importance of the celebration
were free to join in the celebration.
Assuring that every arrangement has been concluded
in preparation for the celebration, Omenka noted that some of the
members would wait for their leader scheduled to arrive through Owerri,
the Imo State capital, at Amoka in order to accompany him into the
commercial city.
“Our leader will also use the opportunity to tell
the people in the state that the governorship election billed for 18
November this year will hold and that they should forget about threats
from Indigenous People of Biafra that it will not hold.”
According to Omenka, “MASSOB came into existence on
the 13 day of September 1999 which is 18 years 13 September this
year and we urge all lovers of freedom to join us in the celebration as
we are non violence in the struggle to actualize a sovereign state of
Biafra.”
source: Dailt Trust
Tagged: News

DEMOCRACY DAY: What APC said in message to Nigerians

True or false? The only thing good about this presidency is Professor Yemi Osinbajo- Reno Omokri 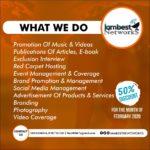