The National Commission for Refugees, Migrants, and Internally Displaced Persons (NCFRMI) and United Nations High Commissioner For Refugees (UNHCR) have registered some 21,291 Cameroonian refugees in Nigeria following the crisis in the neighbouring country.
In a statement on Thursday in Abuja, UNHCR said children and women constitute 77 percent of the refugee population from Cameroon.“Living in 40 different locations across four states – Cross River, Benue, Akwa Ibom, and Taraba – the refugees have been arriving in Nigeria since October 2017,” the statement signed Elizabeth Mpimbaza, UNHCR’s Senior External Relations Officer said.She also said the UN Refugee Agency had moved some 331 of the refugees from Abande to Anyake, Kwande Local Government Area (LGA) settlement, in a move intended to help provide care and protection to them.
“The essence of this relocation exercise UNHCR and the Nigerian Government is to ensure that the Cameroonian refugees live in safety, and in respect of the international humanitarian norm that refugees should stay at least 50 kilometres from the borders.” She said over the past few months, UNHCR, state authorities, Norwegian Church Aid, and the residents of the host community had worked tirelessly to construct a transit site, two multipurpose housing facilities, 32 temporary shelters, and 24 latrines in preparation for the move to Anyake, located 66 kilometres from Abande, Benue state. Over the next few months, there will be more voluntary relocations to Anyake settlement, which can host some 3,000 to 4,000 Cameroonian refugees, the UNHCR spokesperson noted.
Source: Daily Trust 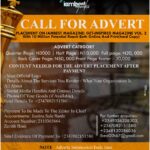 Facebook already taken action against developers who used its platform for surveillance. 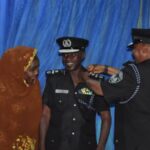