CHIEFTAIN of All Progressives Congress, APC,  and an aspirant in the 2019 presidential race on the platform of the party, Chief Charles Udo Udeogaranya yesterday said that President Buhari has no justification for seeking re-election.

This came as a former governorship candidate of the All Progressives Congress, APC, in Enugu State, Chief Oke Ezea, said President Muhammadu Buhari, remains the best candidate that can sweep massive votes for the party in the next general election, adding that the electoral demographics still favour him.

According to Udeogaranya, “time has come when we as a people must boycott the boycottables and in unison reject the rejectables. 2019 is Nigerians’ destiny with a young man with creative ideas to turn the county around.   And I believe I have what it takes to give Nigerians a better economy, civility and industrialisation.”

But Ezea who shared a contrary opinion urged the South East to make the region relevant aligning themselves with the political reality so that President Buhari wins in the entire region to enable them have a shot at the presidency which had eluded them since 1999. In a statement, the APC chieftain, yesterday, said recent criticisms of the party from within and from the main opposition party on social and traditional media will not change anything or rob President Buhari of victory. According to him, President Buhari still enjoys cult followership in the North, arguing that the votes from the North-west alone are higher than those of the Southeast and South-south combined.

The statement read: “No candidate can match Buhari in 2019. He is our best candidate for the job. All these social media attacks won’t affect our victory because the social media critics do not even have voter’s cards. Those who vote in the North are the common people. They don’t know anything about fuel scarcity because they don’t even have cars that consume fuel. They are not bothered about exchange rates. “They don’t know dollars or Euros. They are only interested in food prices and happily enough the agricultural policies of Buhari have brought food prices down. So, all these indices that critics are harping on won’t work.”
Source: Vanguard

The situation that made Nigerians to vote massively to get my brother Jonathan off the horse is playing itself out again. – Olusegun Obasanjo 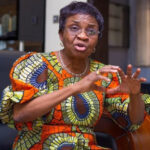