NNPC has revealed that it was subsidising the supply of petrol to the tune of N774 million every day.
According to NNPC, the benefit of the subsidy is being enjoyed only a few as well as in neighbouring countries on the account of the continued smuggling of the fuel across the borders. .
Group managing director, NNPC, Maikanti Baru, had earlier on made a passionate plea to the comptroller general of the Nigerian Customs Service, Hameed Ali, to help check the proliferation of fuel stations in communities with international land and coastal borders across the country.
He said it had energised unprecedented cross-border smuggling of petrol to neighboring countries, making it difficult to sanitise the fuel supply and distribution matrix in the country. .
Baru according to an NNPC statement said “NNPC is concerned that continued cross-border smuggling of petrol will deny Nigerians the benefit of the FG’s benevolence of keeping a fix retail price of N145 per litre despite the increase in PMS open market price above N171 per litre.Based on the heightened petrol consumption rate of 50 million litre per day, the corporation was incurring an under-recovery of N774 million every day.” Baru revealed that detailed study conducted NNPC indicated strong correlation between the presence of the frontier stations and the activities of fuel smuggling syndicates.
He said the activities of the smugglers led to the recent abnormal surge in the evacuation of petrol from less than 35 million litres per day to more than 60 milion litres per day, which was in sharp contrast with established national consumption pattern.
Source: L.Ikeji
Tagged: News 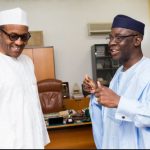 ‘Our educational system has gone down the drain; we need to revive it’ – Pastor Tunde Bakare tells Buhari 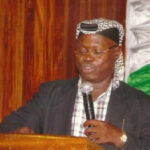 MURIC falsely accuses a Pastor of abducting a Muslim girl in Kaduna, converting her to Christianity