Acting Director-General of the Commission, Armstrong Idachaba who made the announcement on Monday October 26 alleged that the Africa Independent Television (AIT),  Arise Television and Channels Television violated the broadcast code, top of which is the use of unverifiable online video footages on social media.

Reports from The Nation explained that the television stations were accused of airing unverified images of the alleged shooting which took place at Lekki toll gate.

According to Daily Trust on the other hand reported that the NBC fined Channels Television, AIT and Arise TV N3m each over the coverage.

Idachaba who added that DAAR Communications will be fined separately for using an unverifiable news item on the fire incident at the National Christian Centre, warned that this will be the last warning before a heavier sanction will be introduced. 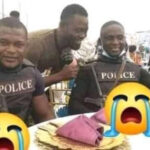