– Former super eagles player T.west has warned the super eagles of Zambia players craftiness. He said he watched their last match and they are crafty.
– Mikel Obi has also pass a warning and a victory threat to Zambia. He said that the super eagles players are ready and will defeat the Zambians.
– The chairman of Koga entertainment was reported to be involved in a car crash today. May his soul rest in Peace. 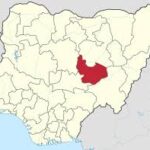 Did you know: The different sources where the States in Nigeria derived their names.