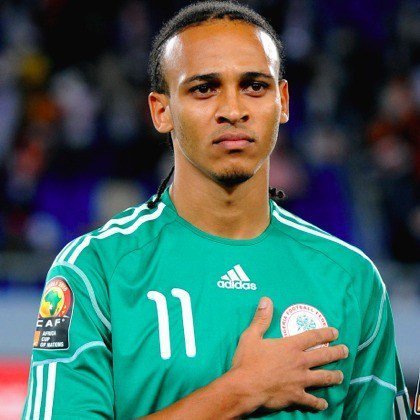 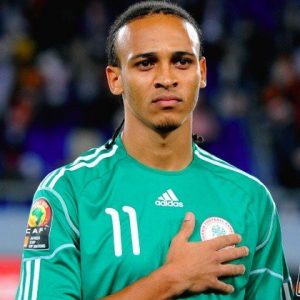 Former Super Eagles of Nigeria forward,Peter Odemwingie, has announced his retirement from football at the age of 37.

The ex-West Brom and Stoke striker who played for Nigeria more than 60 times, scoring at the 2014 World Cup, including scoring 36 goals in 129 Premier League appearances between 2010 and 2016, made the announced at UEFA’s Equal Game conference at Wembley on Wednesday.

On his retirement, Odemwingie said: “It’s an emotional day, so many memories go through your head.

“I didn’t know how to do it or where to do it, but I think this is the right place to do it. Wembley is a place with a lot of history in football.”

Odemwingie, who last played for Indonesian side Madura United intends to embark on a coaching career.

“The next chapter is slowly building up to a coaching career and hopefully I will be coaching in the Premier League one day,” he said.