We got reports that Rivers State Governor, Nyesom Wike, opened up that Nigerians have started realising that the ruling party, APC, has nothing to offer except the circulation of lies. In a statement released his media aide, Simeon Nwakaudu, Wike said this at the Rivers state government house, Port Harcourt when he granted audience to the Abuluoma Council of Chiefs Friday.  This is what he said:

“Nigerians have seen that the present ruling party has nothing to offer them except to tell lies. They claim they are fighting corruption, but how many APC former governors have been arraigned. Nobody is against the government fighting corruption, but it must be fought with sincerity. Even when an APC Former Governor is indicted a judicial commission of Inquiry , they fail to prosecute such a person. I just heard that they have arrested the former Niger State Governor after two years. Maybe because political activities are picking up and they want to intimidate him, that is why this is happening now”. 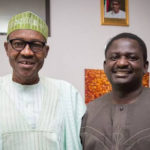