The organised labour has threatened a nationwide strike if the government failed to begin process of reviewing the workers minimum wage, saying that Nigerian workers are hungry and legitimately angry.

The National Union of Textile Garment and Tailoring Workers of Nigeria (NUTGTWN), an affiliate member of the Nigeria Labour Congress (NLC), issued the threat in Kaduna on Thursday.

The labour union equally called on NLC and TUC to make urgent case for workers’ control of the country’s pension industry, saying pension fund is workers’ capital and should not be a play-ground to reward failed politicians.

“We commend both the Senate and the House of Representatives for their respective facilitating roles to address the current issue of national minimum wage.  However, the responsibility lies squarely with President Muhammadu Buhari ably being represented Vice President Osinbajo.

“National Minimum Wage (Amendment) Act 2011 which offers the current N18,000 was for a 5-year cycle due for review in 2015. The five-year time limit was to avoid minimum wage stagnation and attendant seemingly increases that follow. In UK minimum wage is reviewed yearly. Today it is £7.5 per hour, about N37,000 per day!

“Long before the current recession, Nigeria workers have long been in depression. With Naira devaluation and high inflation, 2010 negotiated national minimum wage of N18,000 which was about $120 in 2010 has fallen to below $50 in 2017 worsening income poverty. Nigeria cannot get out of recession with poorly paid work-force”, the labour leader said. 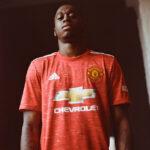