The current government may have reneged on its promise to ensure employment of Nigerians in the face of grim economic reality. According to minister of Finance Kemi Adeosun, she said the government is trying to derive other means of employment for Nigerians other than federal government jobs.

She revealed that there is no longer employment for Nigerians in public Service. She said though it wasn’t as if the government is failing in its promise its just that the present administration is not buoyant enough to recruit new staff.
While she was speaking to senate committee she also talked how 2017 budget was going to look like.

North Korea bamned as Malaysia responds back to North Korea 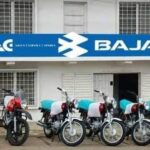