The Gbagyi nations today 30th Oct 2017 came out in mass in the federal capital territory at FCDA( FCT mimister’s office) to protest against the  injustice and the marginalization of the Gbagyis in Bwari area council Abuja.
The Gbagyi people have been marginalized to the extent that a foreigner from Ijah Koro of Niger state imposed on the natives and inhabitants (Gbagyi)of Bwari Abuja.  The foreigner is made 2nd class chief while the original natives are given 3rd class chief. The Gbagyi nation in her entirety with this act of injustice is totally marginalised.  Here is the full  press release concerning the protest match…

PRESS RELEASE ON THE ILLEGAL APPOINTMENT OF
Alhaji A wwal Musa Mohammed Ijakoro
AS C HIEF OF BWARI (2ND Class)
Gentlemen of the press, it could be recalled that on the 24th of October
2017, the Honorable Minister of the Federal Capital Territory, Alhaji
Muhammed Musa Bello, in exercise of powers conferred on him under relevant
Sections of the FC T Chiefs (Appointment and Deposition) Act, 1997. Had
erroneously and illegally appointed a certain Alhaji Awwal Musa Mohammed
Ijakoro as Chief of Bwari. Alh. Awwal Musa Ijakoro is a son of Late Alh.
Muhammed Musa Ijakoro who was mistakenly appointed as Sarkin Bwari by
Lt. Gen. Jeremiah U seni, the then Minister of FCT.
Alh. Moham med Musa Ijakoro was a man who was welcomed to Bwari to
discharge his du ties as a task collector whose origin is from Ijakoro Tafa local
Government Area of Niger state. Late Ijakoro is not from Bwari Area Council
but from Tafa Local Government Area of Niger State. As Bwaya community
migrated from Mountain foot to the present settlement in around 1890, the
population Increased and some decades later, three (3) district were created
under Suleja Emirate namely: Bwari, Kwali and Kuje, districts. The district
heads were posted to perform purely administrative functions which were
primarily tax collection. They were government representatives posted from
Suleja Emirate. They were transferable. They had no connection whatsoever
with the existing chieftaincy diadem of the place they were posted to.
For the sake of clarification, the following people before Ijakoro were posted to
Bwari as District heads and sub sequent transferred back to Suleja.
1. Ma’aji Ali 1902 – 1934
2. Ishaku Mohammed Gani 1935 – 1954
3. Abubakar Barau Musa Angu lu 1954 – 1975
4. Musa Ijakoro 1976 – 1997
Now the question is how comes Musa Ijakoro became the Sarki of Bwari instead
of District head (tax collector) .
While in Bwari as a tax collector and as expected the Muslims especially
the Hausawa’s they rallied round him as Hakimi of Hausawa’s which appetitive
geared his district administrative functions to the chieftaincy stool of Bwari.
Lt. General. J.T Useni in 1992 being military Minister of FCT and being
misinformed about the chieftaincy affairs of Bwari, Erroneously appointed him.
Alh. Musa Ijakoro being thirsty for the stool accepted the appointment and
received a nomenclature of SARAKIN BWARI which is a contravention of section
8 (i) (c) of the chiefs Appointment and Disposition of FCT.
Among other deprivation, exclusion and marginalization we will not live to
allow our traditional Institution to be rubbished in FCT, among other things that
has been done to us against the constitution we will never allow this, we want to
let the world know that the minister did not consult Bwari Area Council kings
markers, we challenge the minister to tell us who and who he consulted before
doing this kind of terrible error that will cost pains, crisis etc to generations to
come if not averted now.
This is simply denying the Bwari indigenes the privilege to manage the affairs
of their cultures and traditions, appointing a non-Gbagyi person to rule over our
traditional institutions amounts to transforming us to something else other than
traditional institutions, which we will not succumb or agree to it. Let the Honorable
Minister be reminded that conflict is a fact of life. It is not desirable, yet no society
is devoid of it. For long we have failed to accept the incontestable fact this conflict
which all of us claim to repudiate e is the result of the arrogant and blatant
violation of the fundamental principles of justice, equity, and equality in our
humanity and fairness in the actions of government. Previous administrations have
cleverly refused to see this evil, but in this case of the present administration of
Honorable Minster of the FCT, this violate on is openly popularized.
We herechallenge the Honorable Minister to study the structure and
composition of our chiefdom s and how they have been ruled previously, we wish
to reinstate that this agenda that you are now pursuing in respect to the illegal
appointment will in no way help your administration, it will rather throw the FCT
and Bwari Council Area will be thrown into greater chaos and therefore truncate
the peaceful co-existence you claim the appointment of a new Chief in Bwari will
achieve. May we close our case calling on well-meaning Nigerians to stand up
against injustice and marginalization, this is an act of day light robbery aimed at
further marginalizing the Gbagyi people in Abuja, and we will use our strength andresource to stand against this illegality and act of conspiracy perpetrated the
Honorable Minister of the FCT. History has given us opportunity today to tell the
whole world the past and the present Esus, Sabwaya (chiefs) that has ruled in
Bwari Chiefdom since 14th century.
1. Tayebebe
2. Dada Do gnuyi
3. Gbabun aza
4. Ladu
5. Kayi
6. Nbwawazayi
7. Nyagnache
8. Atna
9. Anyibada
10. Shebazhin
11. Tamanzhin
12. Zamayi
13. Yaro
14 . Alh. Adamu Samu Pkasaba
1 5. Mr. Isuwa Gbegbe Zamayi
16. Dr. Dimas Isuwa Zamayi
17. Mr. Ibrahim Yaro JP (Current Esu)
We will continue to recognize our ruler Ibrahim Yaro the Esu of Bwari as
the only genuine traditional leader of the whole Bwari Area Council and so
shall we continue to recognize him till eternity.
We say NO to any imposed Chief in Bwari. We say No to being referred to
as 3rd Class traditional institution. We say a resounding NO to two kings in
our ancestral land Bwari.
Long Live Esu Bwari- HRH. Ibrahim Yaro (JP)
Long Live Bwari Community.
Long Live Bwari Area Council.
Long Live Federal Capital Territory.
Long live Federal Republic of Nigeria.
Long live Africa.”
See photos of the protest below…. 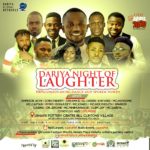 Woman attacked with acid her jealous friend for one silly reason.