All Progressives Congress (APC) Governors Forum insist that there was nothing unusual about the absence of President Muhammadu Buhari at the weekly federal executive council (FEC) meeting.
Kaduna State Governor,  Nasir Ahmed El-Rufai who spoke on behalf of the twenty-four-member governors’ forum while addressing journalists on the outcome of the meeting with members of the National Working Committee (NWC)  on Wednesday, April 26, said the constitution made provision for Vice-President Yemi Osinbajo, to preside over such meetings in the president’s absence.

“We are not worried about the development. It is not compulsory for Mr President to preside at every federal executive council meeting. That is why our Constitution makes provision for a vice president. Mr President is over 70 years old and it is such at that age to have one medical challenge or the other.

“Even I at 57 take medication for one ailment or another. Our prayer is that the president gets better and well. But the Emerson why he has the vice president is precisely for this reason. It may not be because he has a medical challenge that he didn’t go to the executive council meeting. He may have other pressing matters to attend.

“I have not chaired every executive council meeting in Kaduna even when I am in Kaduna because my deputy governor is there if there are other things to attend that are of greater priority than the council meeting. We are not worried yet. There is no concern to be worried but we ask Nigerians to join all of us in praying for the president improved health. ”

El-Rufai who also hinted that the party’s midterm convention would be taken next month, adding that there was nothing unusual about conflict within the ranks of the party.
He also stated that part of the decision taken at in the parley was that the APC governors forum would be holding a monthly meeting with members of the NWC aimed at reconciling aggrieved members of the party and strengthening the party ahead of the 2019 poll.
El-Rufai, however, debunked insinuations that APC had internal crisis, stressing that the party was intact with a unified leadership structure, contrary to speculations.
The Governor also disclosed that the issue of how to source for funds from donors outside government circles topped deliberations. He explained that the reason the party was presently constrained financially was because it did not rely on public funds to operate like some other parties in government
.

According to him, the party is funded private and cooperate donors who had been its sponsors before it came to power. The party’s leadership was willing to return to such donors to raise funds to ensure that it was operated as expected. 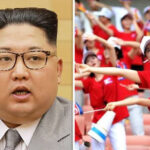