Minister of State for Finance, Budget and National Planning, Clem Agba has confirmed that no official records were lost in the fire which gutted the office of the Accountant-General of the Federation earlier today.

Agba also told newsmen that the fire at the treasury house was caused a spark from one of the Air Conditioners on the 4th floor of the building at about 10am Wednesday. He said the fire was successfully put out 25 fire trucks within 35 minutes.

“We have gone round the rooms and offices where the fire affected, and I am glad to report that our data Centre where all our records are kept are fully intact. There is no destruction, so we haven’t lost any record.

“As a government I want to assure you that our records are intact, a few documents are burnt, we haven’t started recovery to check what actually burnt, but all our financial transactions are intact.

“We would be doing full scale investigation using the right professionals to determine exactly what happened.”

The Minister disclosed that the only unit affected the fire is the unit from where MDAs capital releases are made.

Accountant General of the Federation, Ahmed Idris also confirmed that no casualty was recorded and no offical document was lost.

“For emphasis, our data Centre is intact, no harm in any way except for the cooling system which we are now working hard to put back to operation. We are also glad there is no casualty.”

The AGF never ruled out the possibility of sabotage as he maintained that a thorough investigation will be carried out. 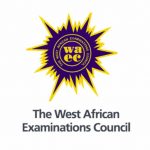 #Breaking: WAEC withdraws certificates of candidates from 1992 and 1993 (Full List)

Just in: Two women have been abducted while on farm with two motorcycles in Chikun Kaduna state #SaveChikun

Popular Suspected Badoo kingpin, Abayomi Alaka, speaks out from his hideout, alleges police is after him because he refused to give N10m bribe